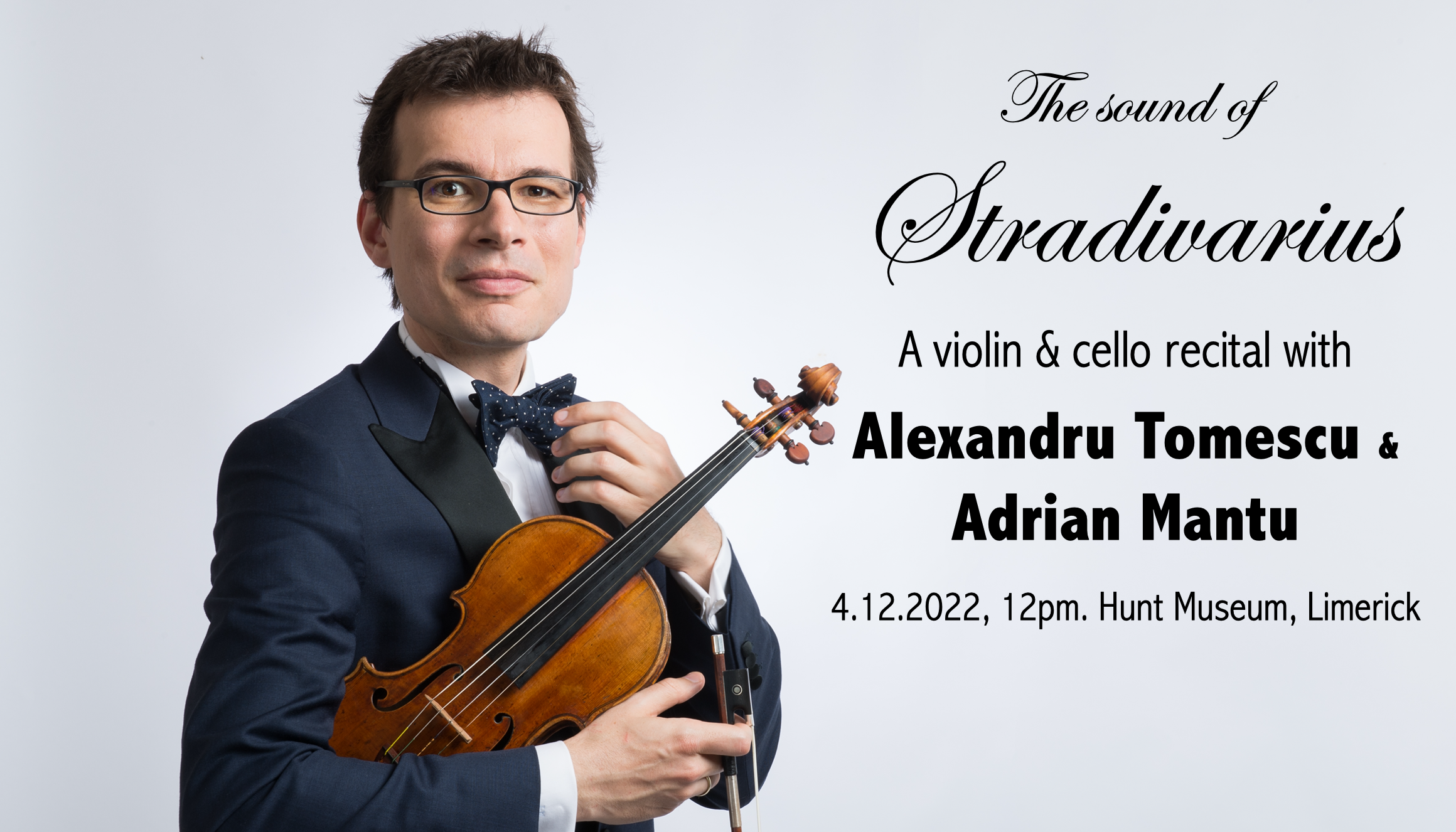 To celebrate the Romanian National Day and eiro's 15 years of community service, The Hunt Museum and eiro - Irish Romanian Cultural and Business Development Association invites you to a:

Recital with the violinist Alexandru Tomescu and the cellist Adrian Mantu, Sunday December 4th at 12pm at the Hunt Museum.

This event is organised with the support of Embassy of Romania in Ireland. 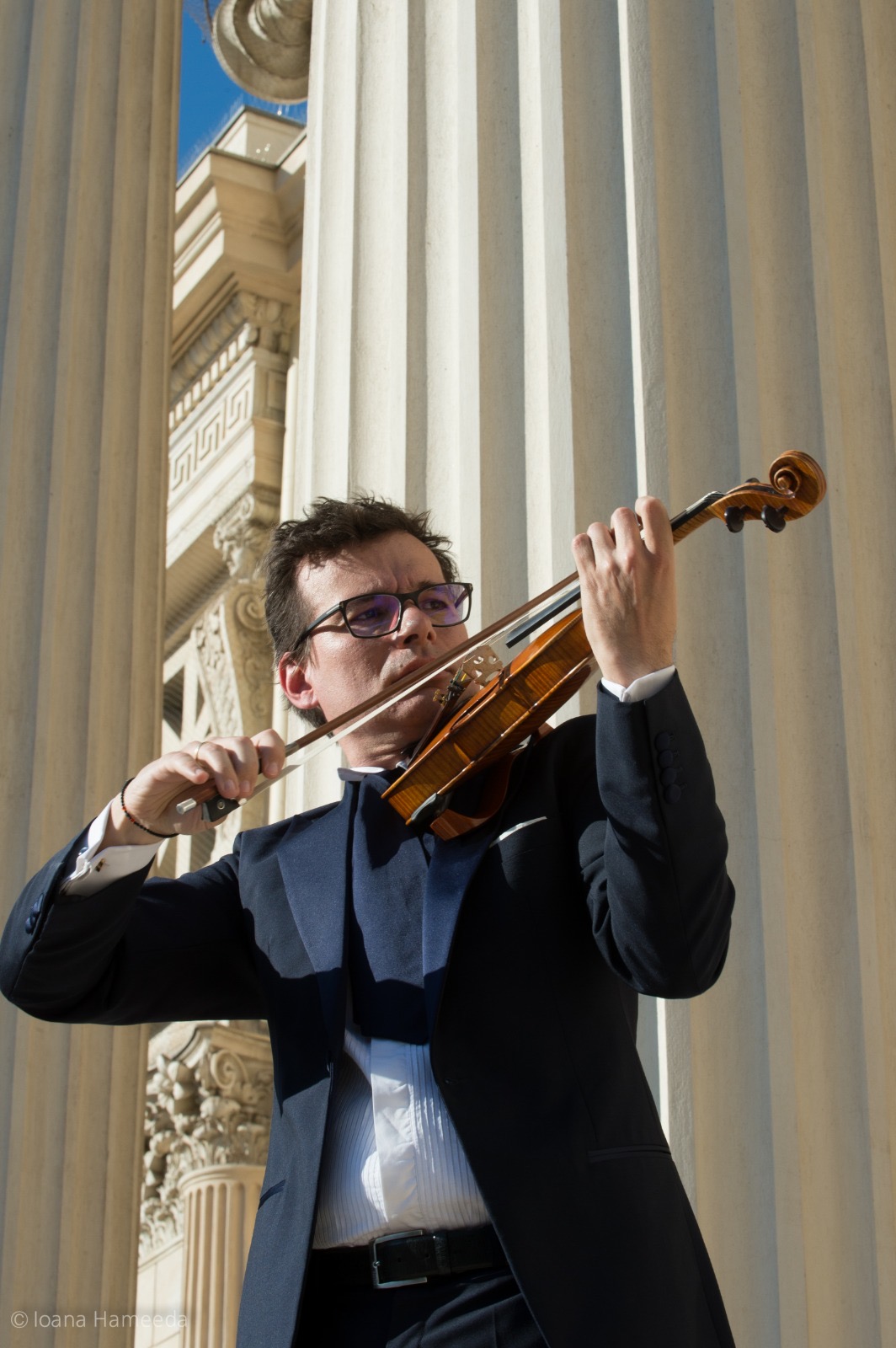 Alexandru Tomescu is the artist for whom music has no limits: ready to play the most difficult scores in marathon concerts, in month-long tours, the violinist is unanimously appreciated by the audiences all over the world. After graduating from the Bucharest Conservatory where he was taught by Ştefan Gheorghiu, he continued his studies abroad with Igor Oistrakh, Ruggiero Ricci, Tibor Varga and Eduard Schmieder. Winner of prestigious prizes in competitions such as Marguerite Long – Jacques Thibaud, George Enescu, Paganini or Sarasate, he has performed on the world’s most renowned concert stages: Carnegie Hall (New York), Walt Disney Concert Hall (Los Angeles), Théâtre des Champs Elysées (Paris), Great Hall of the Moscow Conservatory, Concertgebouw (Amsterdam).

In 2007, Alexandru won the right to play the Stradivarius Elder-Voicu 1702 violin, which belongs to the Romanian State and promised to make its sound heard by all Romanians. The Stradivarius International Tour has thus become one of the most popular classical music events in Romania.

The first international edition of the Tour took place in 2015, celebrating the 60th anniversary of Enescu's death with a unique marathon: all of Enescu's works for violin and piano gathered in one session.

Dr Adrian Mantu is the cellist/founder of the ConTempo String Quartet (1995), Fellows String quartet at the Royal Academy, London (1999-2003), Galway’s Ensemble in Residence since 2003 and the RTÉ National Quartet or Ireland since 2013.

In 2022, Adrian was conferred with the Order of 'Cultural Merit' in the rank of Knight for his talent, enrichment of universal culture and promoting the image of Romania by the President of Romania Klaus Iohannis.